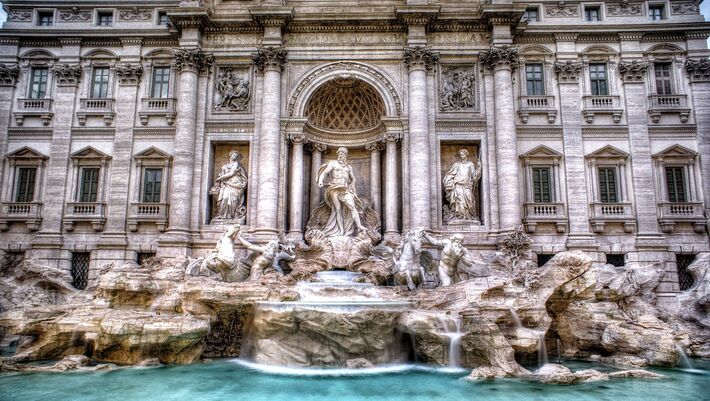 DAY 1Arrive into Rome. Onto Naples – Gateway to the Amalfi Coast

Welcome to Italy! Arrive into the capital city of Rome and transfer to the train station, to board your high-speed train to Naples.  Meet our local representative and transfer to your hotel in the Amalfi Coast.  This stretch of coastline south of Naples is renowned for its exceptional beauty and iconic medieval cliffside fishing villages. Lemon groves and sprawling summer villas cling to the steep cliffs that lead to sparkling blue water.

Check into your hotel and relax.

This afternoon, enjoy a sunset boat tour to Positano from Amalfi.  With its steep houses tumbling down to the sea, old-timey hotels draped in flowering vines and restaurant terraces Positano is an obvious favorite with travelers looking for a getaway. Soak in the views of the coast and the Tyrrhenian Sea from the boat as you enjoy a glass of Prosecco and some light aperitifs. Swim or snorkel in the clear blue waters, or simply enjoy the view.

Disembark in Positano where you can enjoy a romantic dinner with ocean vistas. Enjoy a pasta dinner with fresh seafood, paired with a glass of fruity Falanghina.

After breakfast in your hotel, time to enjoya a day of sunshine, summer villas, and clear blue waters of Capri Island, known locally as the Pearl of the Mediterranean. Ancient Romans used the island for summer villas for the Empire's rich and famous, while the Greeks called Capri the 'Isle of Sirens.'

In the morning head out for a scenic drive along the Sorrentine coast to the Sorrento port, where you board a hydrofoil to Capri. From here go for a guided walking tour of the island's main attractions. See the main harbors – Marina Grande and Marina Piccola, walk along the Belvedere of Tragara - a villa-lined promenade with panoramic views, and explore the ruins of ancient Roman villas.

Head up the hill to see Anacapri, the Piazzetta, and Augustus' Garden, as well as the best views of the Faraglioni Rocks.   In the afternoon return to the water to explore the Grotta Azzurra or the Blue Grotto (subject to weather conditions), a naturally hollowed sea cave, and soak in the sunshine on the beach.

Enjoy breakfast in your hotel.  Experience the magic of the Amalfi Coast vineyards. The steep slopes, sunny weather, warm breeze that blows from the Gulf of Salerno make the region perfect for growing wine grapes.

Tour the vineyard, one of Italy's most renowned, and learn about the traditional techniques and dedication to excellence which has earned Marisa Cuomo Winery both national and international recognition. Visit the estate's cellars and vineyards, taste the various wines, and enjoy the views.

This afternoon, you have the option to enjoy the sunny weather with one of these recommended activities:

After a relaxing breakfast, say goodbye to the Amalfi Coast and head north to Sorrento. Sorrento is a long-time favourite with Italian and international travelers for its beautiful views, tranquil atmosphere, and cascading lemon terraces. The city's focal point is the Piazza Tasso, a central square built over a gorge that splits the city. Other notable attractions include the beautiful nearby Marina Piccola bay, the Villa Pollio Roman ruins in Capo di Sorrento, the Sorrentine Peninsula Archaeological Museum, the 11th-century Duomo, and the Basilica di Sant'Antonino, which houses the remains of the city's patron saint.

Check into your hotel and relax for the rest of the day.

DAY 5Excursion to Pompeii and Herculaneum

After breakfast this morning, put on comfortable clothes and walking shoes and set out to explore Pompeii and Herculaneum on a full day tour.  Start with a tour of the ruins of Pompeii, a bustling seaside city that was buried underneath 13-20 ft. of ash and volcanic debris after the 79 CE eruption of Mount Vesuvius. The ash, which killed many of the city's residents, acted as an archaeological time capsule by preserving many of the city's original buildings and features completely intact.

The city was lost for 1,500 years following Mount Vesuvius' eruption before its accidental rediscovery in 1599. Items from jars to furniture were frozen in time, and even people who were unable to flee the oncoming ash were perfectly preserved. The walking tour of Pompeii's ancient streets will show off preserved villas, shops, public buildings, and plazas, giving you an insider's look into life 2,000 years ago. Afterward, stop in a local workshop to see the production process for various regional handicrafts, such as cameos and coral jewelry.

Post lunch, continue to Herculaneum, the nearby city that was also buried by the ash. During ancient times the city was a holiday resort for the Roman nobility and wealthy. Today it is a manufacturing center for leather goods, buttons, glass, and the wine known as Lacryma Christi (Tear of Christ). Your guide will show you around the city, pointing out key differences between this site and Pompeii.

Wake up to the sounds of the sea and a warm relaxed breakfast in your hotel.  The day is free to chart out activities befitting your mood.  We suggest the following optional tours to choose from, or simply explore on your own.

After  breakfast, it's time to say goodbye to Sorrento as you board your highspeed train from Naples to Rome.

Proceed to your hotel and check in.

According to legend, Rome was founded by brothers Romulus and Remus in 753 B.C.E. atop Rome's Palatine Hill. The long-time center of the powerful Roman Empire, Rome boasts nearly 3,000 years of architecture, history, and culture. These days, Italy's capital is considered one of Europe's top cities thanks to its ancient monuments, incredible art masterpieces, and cosmopolitan vibe. It's a center for fashion with buzzing food culture and has a growing nightlife scene.

In the afternoon, dive into the history of the Roman Empire with a walking tour of the Colosseum, the world's largest amphitheater. Walking through the ancient amphitheater is like taking a trip back in time to the days of the Roman Empire. Learn about some of ancient Rome's most famous and illustrious citizens, such as Julius Caesar, Emperors Augustus and Nero, and the Flavian Emperors who built the Colosseum.

After visiting the Colosseum, continue to the Roman Forum and Palatine Hill. Walk along the ancient Roman street Via Sacra to see the Temples of Vesta, Antonino, and Faustina. See the ancient Basilica Julia and Aemilia and experience the grandeur of the Roman Empire.

Continue to see the magnificent Raphael Rooms, ending in the breathtaking Sistine Chapel and St. Peter's Basilica. Experience the magic of Renaissance art as you learn about the secret details and untold stories of the masterpieces.

Thereafter, continue into a city for a tour of the city's most notable landmarks. Cross Piazza della Repubblica to see the Fountain of the Nyands, then continue to see the Trevi Fountain, La Colonna di Marco Aurelio, and the Palazzo di Montecitorio, which was designed by Bernini.Admire the exterior of the Pantheon and head inside for a look at the ancient Roman temple, then head to Palazzo Madama—the Senate seat—ending at Piazza Navona.

End your evening with a stroll to the neighborhood piazza for gelato and some people watching.

DAY 9Farewell and fly back home

This morning, after breakfast, check out and transfer to the airport as its time to bid farewell to the country of love and passion!  Fly back home with wonderful memories of your Italian Vacation with Airtours Holidays!

Starting from ? Price per person, based on minimum 6 pax travelling together ₹55000**